Listen to Brittany from Ohio 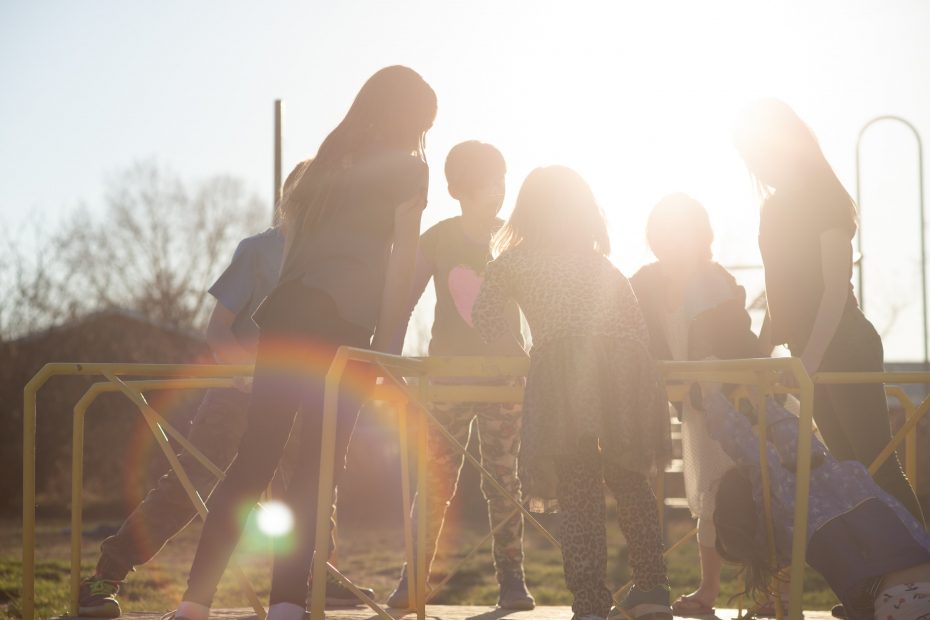 Good morning. I would like to start by saying thank you, Representative Biggert, Representative Gutierrez, and Members of the Subcommittee, for this opportunity to share my story with you today.

My name is Brittany Amber Koon. I was born in a little house in Upper Arlington Ohio that had been in my family for years. I had never lived outside my neighborhood until my family’s house was foreclosed on in the middle of my 7th grade year. During the foreclosure process, my parents split up. My mom, my sister, my brothers, and I all became doubled up with a neighbor, two doors down. That was the beginning of a long scary journey of instability, and a lonely transition that would lead me to foster care and homelessness, but finally success as a proud member of the US Army.

Homelessness began with my family. When we were doubled up with my neighbor, my school no longer recognized me as a student. After nearly nine years as a student, cheerleader, band member and wrestler, they kicked me out of school. They cut my lock and emptied my locker over Christmas break. When I tried to return, they wouldn’t let me. That is when I remembered that my friend’s mom, Angela Lariviere, worked with homeless kids. I walked over to her house and asked her to help me. Within a day, we were able to educate my school about the McKinney-Vento Homeless Education Law and I was back in school. However, my housing situation did not last long. My mom started trying to find a new place, but she wasn’t holding it together for any of us, and we landed in foster care.

My sister and I were separated from my brothers. That was very hard. We were separated from our old neighborhood and our old friends. About a year after we went into foster care, we were told that our father had been murdered. That was the beginning of the end of our hopes to be a family again. Finally, we were separated from each other. When we were both teenagers, my sister chose to return to our mother. Knowing that going back to her was a bad idea, I decided to take my chances with the state. I was already one year behind in school. I worked really hard in high school. I was able to make up all my credits, join the band, and get a scholarship to Otterbein College. I was doing well. Then the next great tragedy of my life happened: I turned 18.

As a kid, you can’t wait to be a grown up. But if you are in foster care, it can turn from a dream to a nightmare. This is true for many kids I know. A few months before graduation, I left my foster home and had to get an apartment. I had a job at McDonald’s. I worked all the time. In desperation for housing, there were two things I forgot to consider. One was how much I needed to maintain transportation to get to work, and the second thing was the fact that I was due to move into the dorm, and would have to break my lease. I fell behind in my rent and got kicked out of the apartment, owing them $1200. It was very lonely and stressful trying to maintain life on my own. My mother and siblings had moved to New York. I knew from the updates in their lives that they were not stable or healthy. I realized I would just be alone for a while. Then I remembered Angela and her Youth Empowerment Program (YEP) that had helped me before. I looked her up and came to visit her. She was as supportive as she could be trying to help me navigate my homelessness. I lived in my car and I doubled-up for two months before college. I stayed on the couches of some relatives and friends. This was not healthy, but I found support in YEP because I made a lot of friends who were also in my situation. They all support each other and encourage us to keep moving forward and focus on education. Housing solutions just didn’t really exist.

Finally school started. I was excited because I had received a scholarship and Education Training Voucher (ETV) funds from foster care. But I was so stressed I began to struggle. It is so hard to try to fit and be a regular college student when you are constantly worrying about what you are going to do and where you are going to live on breaks. I knew that Angela had been in the same place I was, she had been homeless when she attended Otterbein. I leaned on her for advice and support. She helped me finish the year.

As the year ended, I was again without housing. I had hoped to return to Otterbein. I was again living in my car when I met a girl at a party. She was alone and had three kids. She told me I could crash out on the couch in her apartment. I had only lived there a couple of days when I was told I had to pay the electric bill. I was happy to pay this bill, because I was glad to get a place to sleep. I was only working part time, but I was hoping I could save money to pay off the other apartment and get housing. After a couple of weeks, I was buying all the groceries and because she did not have a car and I did, I was expected to drive her and her kids wherever they needed to go. I was not able to find other housing so I felt stuck. This happens a lot when you are doubled up. You feel indebted to the people for letting you stay, but then you are taken advantage of by them. After about a month, I was told that they were getting evicted if they couldn’t pay $1600 in back rent. I gave them all the money I had saved, believing that at least I could stay while waiting to go back to school. They took my money, then told me I had to leave.

I was back to my car. I also would stay at other friends’ houses. I started hanging out at bars and nightclubs so I would have somewhere to go at night. It was scary sleeping in my car at night. I know it sounds dangerous, but I was making friends at the bars because they would let me come back and crash on their couches. At the time, I thought staying with these people was better than my car. But it really wasn’t. In my car, I was in control and I didn’t have to worry about what would happen to me, or people who would try to touch me when I was asleep. I still worked with YEP and realized that a lot of youth were in my situation. I wondered why there was no help. In the fall, I knew it would be a better choice to transfer to community college to save money and try to get out of my homelessness.

It took me longer to transfer than I thought. Things actually got worse for me as I couldn’t find any place to stay for more than a week or two. As it got colder, I asked Angela to take me to a shelter, but when we went the lady at intake told us there was a waiting list. It was very scary there, with a lot of older homeless men standing outside trying to talk to us. The woman told us that she sees a lot of young kids who don’t choose to stay at the shelter or get on the waiting list because of those men. We left.

I used Angela’s house as my permanent address for a while. While I could come over for holidays and to do laundry and use the computer, she already had other youth with her and her house was not big enough for me. I decided to move in with my boyfriend. A couple of months later I registered for school again. I was doing well, then my relationship went bad. Because the apartment was in my boyfriend’s name, he held it over me and eventually kicked me out. I was so stressed that I had to quit school for the second time.

That is when I talked to Angela’s husband about going into the military. He went with me to talk to the ROTC recruiter. I liked the idea of taking my leadership skills to the next level to serve my country. I decided to go active duty so I would have training and a stable place to live.

I recently graduated from boot camp and AIT. I am now stationed at Fort Hood, in Texas. Even though I feel more stable and supported than I have in years, I still don’t have a place to call home. I am coming back from Ft. Hood for the holidays, but I will still have to couch surf while I am home.

I could feel bad about my story, but I feel worse knowing how many other youth are out there who are barely hanging on. I am fortunate to have people in my life to encourage me to hang on and move forward. Many other kids don’t. I feel that making youth document their homelessness through the people they couch surf with will only create another barrier and more frustration with the system. None of the people I lived with would have been willing to write letters or sign papers to document that I was living there. They would have been suspicious and afraid of getting in trouble. Also, many of them I didn’t know well enough to ask them.

I also think it is very important for HUD to count doubled-up youth, because I don’t think people realize how hard it is for them. It is hard to get housing assistance if you are not in a homeless shelter, and most shelters are full and not safe for youth. Recognizing that there is limited resources, I would suggest increasing resources to those programs so that every youth could be housed. But ignoring us has only reinforced our knowledge that our community has abandoned us and that nobody cares about us.

Finally, it is very critical to not create more barriers to success. Making homeless youth jump through more system rules and hoops to get basic services will only cause them to continue in their current situation. I believe that allowing homeless education liaisons and others to help youth document their situation would be best because it would be easier for a youth to trust caring adults who are already trained and sensitive to their situation. Most youth who are doubled up are getting used. They are not able to become stable enough to get out on their own. When the people we are staying with get tired of us, we get thrown to the streets like stray cats.

This is true of too many youth. In fact, with me today is Danielle Jinx are Shannon McDaniels. They are here to support me, because they also have been in my situation. If we are not counted, we can never be served effectively. If we are not served, we just will be left to start where we were in the first place, in a never-ending chain of instability and abuse.

Like me, you have chosen to serve our country. You here in Washington, and me in the field. Just as you can have faith that I will be out there protecting you, it is my hope that you will use your power here to protect youth like me.

Thank you again for this opportunity.